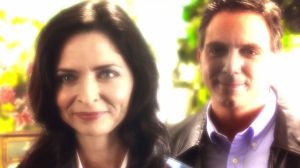 New Request for Answer42 (Glad to see you’re still in it after all this time!), and it’s going to be quite a journey as we try to find all the characters still missing in the very lively Smallville. The first two characters we meet are Lewis and Laura Lang, played by Ben Odberg and Wendy Chmelauskas respectively. They didn’t live long either, because their husband and wife died together in the meteor shower of 1989, making Lana’s child an orphan. They appear a few times later in the show, always in the form of visions or hallucinations, and it even turns out that Lana is not Lewis’ daughter at all, but rather the result of an affair between Laura and Henry Small. They are also present in the Superboy series, albeit with different titles: Lana’s father, Thomas Lang, has been portrayed by Peter White as a professor of archaeology, while his divorced wife Carol is only mentioned. Of course there are different versions of Lana Lang’s parents, and here we see the two most important ones: Let’s get started.

On Earth One, Lewis Lang was a renowned archaeologist who spent his time traveling the world from excavation to excavation. Sarah Potter was the younger sister of the famous scientist Phineas Potter, a brilliant but distracting inventor. They met, fell in love and got married. Sarah became Lewis’ unofficial assistant, who always accompanied him on his travels and helped him with his work. They had three children: Ronald, Lana and Alvin, and because the family grew a lot, they decided that it would be best for everyone to move somewhere far away from the city 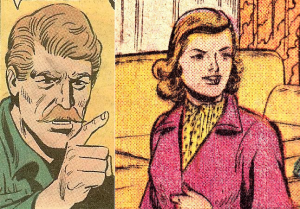 where the children could get some fresh air. They found the perfect house on the outskirts of Smallville, Kansas, where the Lang family was welcomed with open arms by a warm and welcoming community. Especially Lewis and Sarah were friends with Jonathan and Martha Kent, an older couple who had a child, Clark, about the same age as Lana. When Lewis and Sarah had to go to work, which was very common, they left their children with the Kents because they knew they were in good hands. Lewis has had an impressive career and has discovered a number of lost civilisations in his work, which always brings back some memories for his children…. Unfortunately, and he was unaware of it, such gifts usually brought ancient magic, terrible curses or tormented spirits with them, and it was only thanks to Superboy’s intervention that things never reached alarming proportions. When it was finally time to retire, Lewis and Sarah had some incredible experiences. They can now enjoy the peace and quiet of Smallville while spending the rest of their lives with their new friends and growing up children, who are now teenagers. During all this time, they did not know how often the supernatural had come into their family’s lives.

Lewis and Sarah lived happily ever after, but of course they could not survive the end of the Earth itself, which was destroyed in a war between the Monitor, the embodiment of all that exists, and the Anti-Monitor, his brother and the destroyer of all things. The New Earth was formed from the remains of the old reality, and here the Langs have undergone important changes. That’s where Thomas Lang grew up in Smallville, Kansas, where he met Carol, maiden name unknown. They fell in love again and got married when they lived together in the Lang family’s house. They soon received the blessing 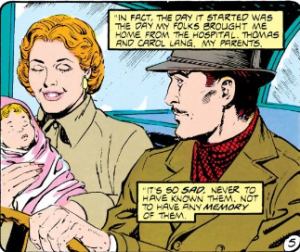 with the birth of baby Lana, but the night they returned from the hospital with their newborn, something impossible happened: The doctor who gave birth to the baby, Dr. Whitney, was actually a human hunter, an alien robot built by the Guardians of the Universe and later sent back to Earth to be cruel, disguised as a human. The hunter is looking for Kal-El, Krypton’s last survivor. Because he hasn’t intercepted his ship, he decides to implant chips in small people to turn them into soporifics that can be used as spies and chess pieces as adults; one of those children is Lana. There were other hunters on the spot, they intercepted the Langs, left the little girl unharmed and kidnapped the two adults to experiment on them to see the true capabilities of their species. Unfortunately, neither Thomas nor Carol survived or died the cruel experiments to which they were subjected. By sending their bodies back to Earth, Dr. Whitney pretended to be in a car accident, leaving only Lana, his sleeping cop, miraculously in the wreckage. Thomas’ sister, Helen Lang, adopted Lana and took care of her from that moment on, without knowing what really happened to her brother and sister-in-law, and of course that her beloved cousin was in fact an alien spy and sleeping cop, ready to be activated against Kal-El……

Lewis and Sarah Lang are an adventurous couple who love the excitement of life as a traveller and explorer, always on the road to make new and exciting discoveries; Thomas and Carol Lang, on the other hand, are quiet country people who have always lived in the same place and want to continue to do so. However, the two couples are united by their love for their family, for the first an exciting adventure, for the second a tangible sign of their love, a constant that defies even the death of the universe.